Confession time: I have a nerd as a boyfriend. Yes, it was hard to admit, but it is true, Elliot is a huge nerd. Tonight he had two friends over for a LAN party. I don’t know all that much about these things, but I know his friends all brought their huge desktop computer’s (built by themselves of course), their huge monitors, controllers, and a crazy amount of wires. They hooked everything up, and were attempting to play Halo. That failed (lots of technical problems, which is ironic since they all work in the same computer repair place), so then they decided to play Starcraft (which Elliot plays on an almost nightly basis). So here I am, sitting on the floor (all the seating space is taken up by computer parts), editing pictures, and listening to their hilarious nerd talk. I didn’t have a picture for today, so naturally it had to be something computer related.

Elliot’s apartment doesn’t have any lights, other than the one lamp he brought in, so I was trying to use flash. Elliot was helping me for a bit with his handheld flash and an electronic eye, but then got distracted, so I used my hand to block my on camera flash and kept getting these “flares” of sorts. I thought it was fun, so here it is. 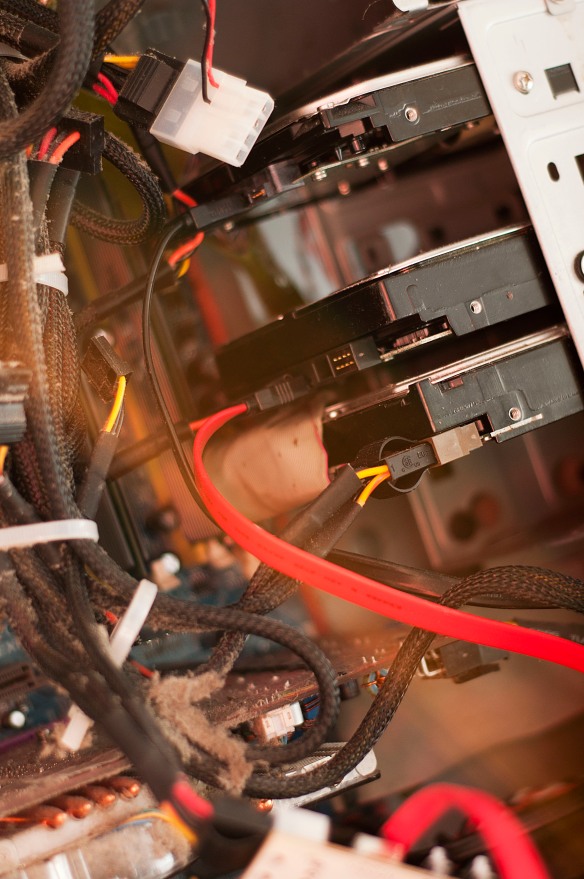 And still playing with the handheld flash, and the newly refilled bowl of skittles. They don’t at all look like my normal pictures, but I kind of like them because they are so different. 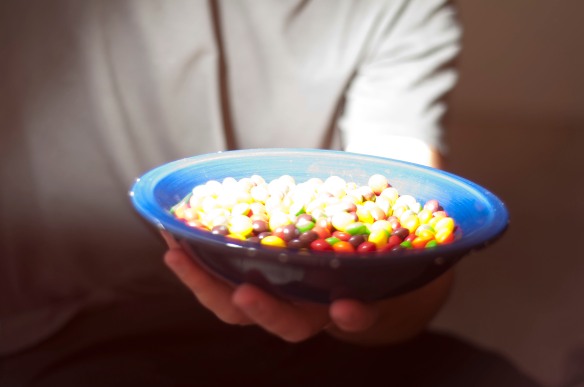