This Christmas I went along with Scott (the boyfriend) and his parents to visit his sister and her family in Tucson, Arizona. It was my first Christmas away from home, which I was a bit nervous about. But, his family was so very welcoming, the scenery was beautiful, and we managed to climb nearly every day; needless to say I was sufficiently distracted from being homesick for most of the week.

During the early part of the week any trips into the mountains (the Catalina Mountains to be exact) were fairly quick, or were filled with climbing or climbing instruction. I didn’t even bring my camera with me onmany of those adventures, so a fair amount of these images are from my phone (just a little disclaimer).

The trip down to Arizona was quite the adventure since we got caught in a major snow storm. We knew it was a two day trip, but got stuck in Dalhart, Texas, which was not even close to where we had planned on spending the night. This image was from when we were stuck in traffic in Dalhart, before we heard it would be at least 4 hours before we would start moving again. Luckily we made the decision to stay in Dalhart fairly early and were able to find a hotel room, and one that was rather nice and clean for that matter. 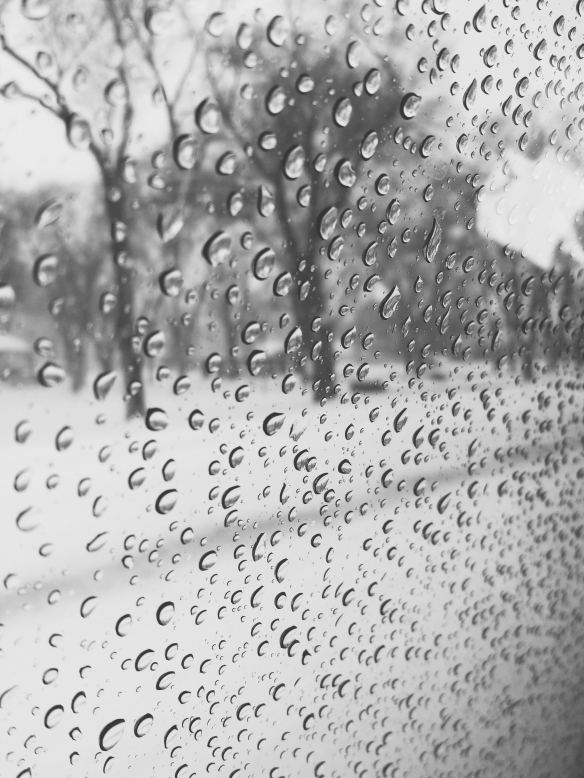 Our first day there we hired a climbing instructor for half the day to show us some multi-pitch and trad climbing techniques. It was an incredible day and we both learned so much. 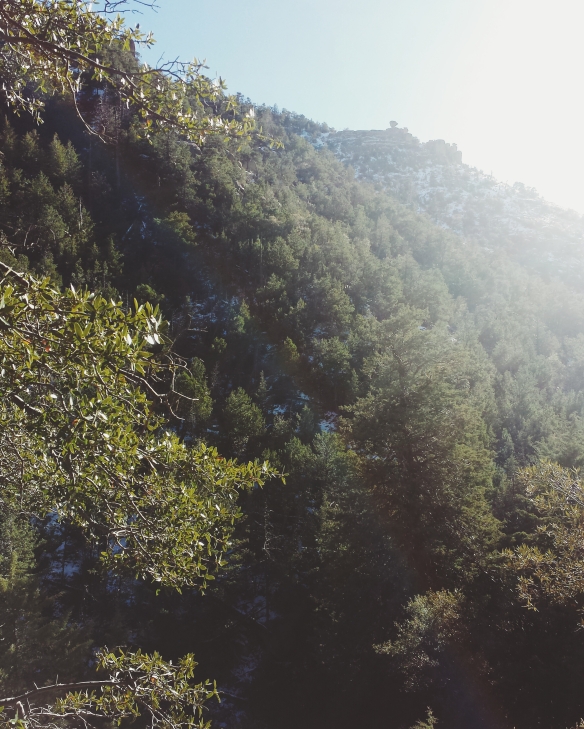 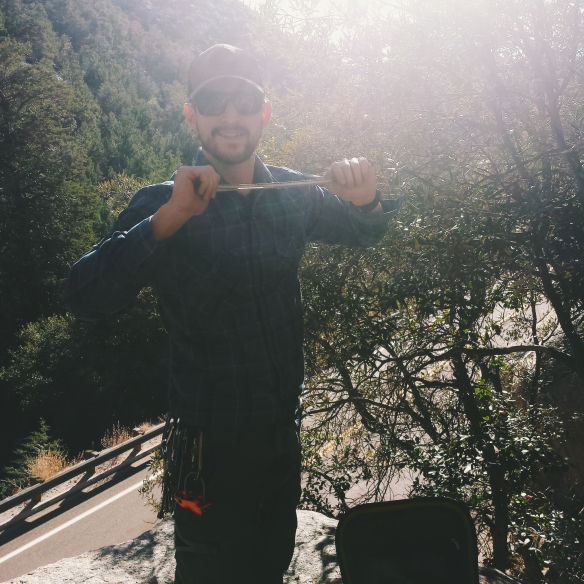 Christmas Eve was a rather busy day, but we managed to fit in a quick hike early in the day to scope things out, and later a quick climb before the sun set. 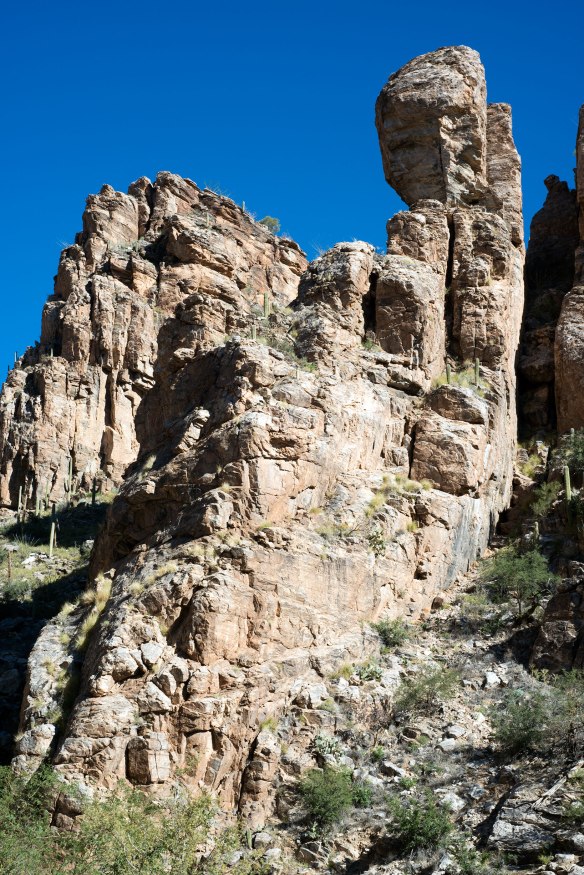 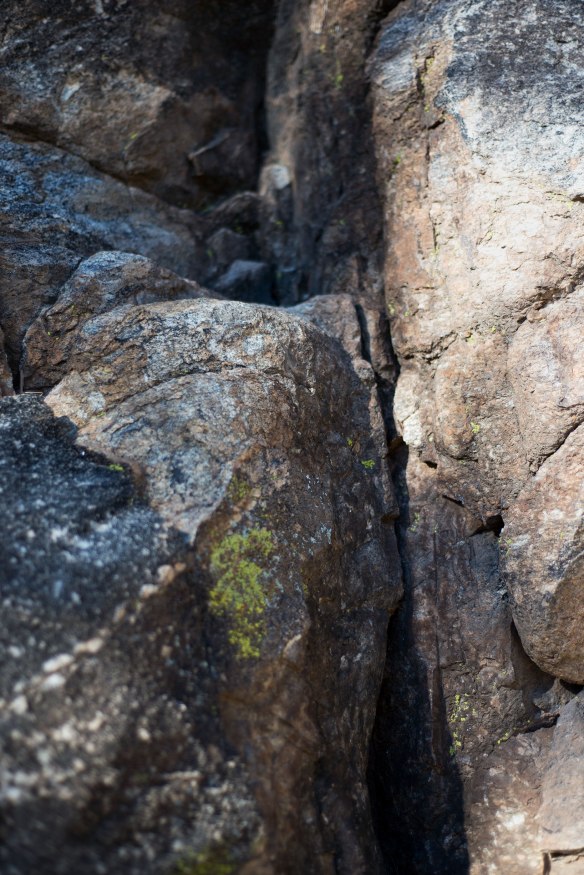 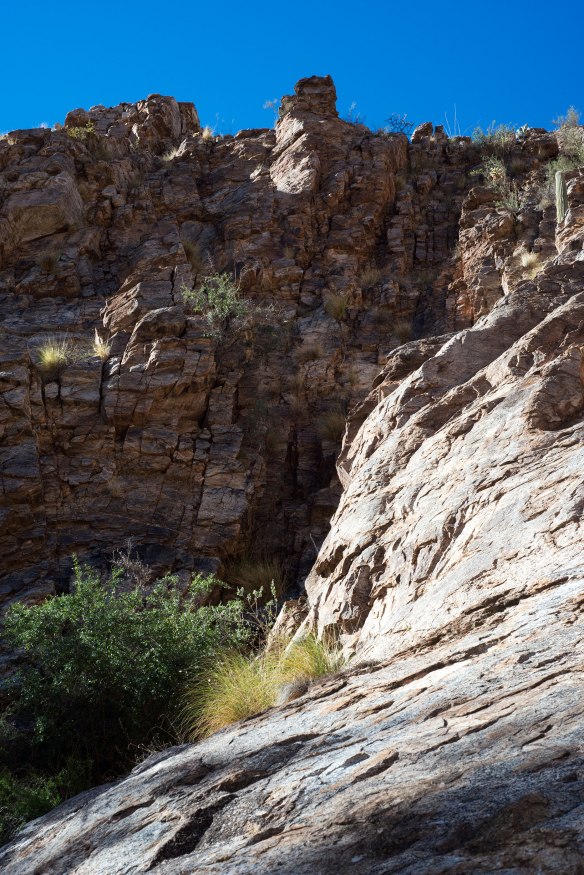 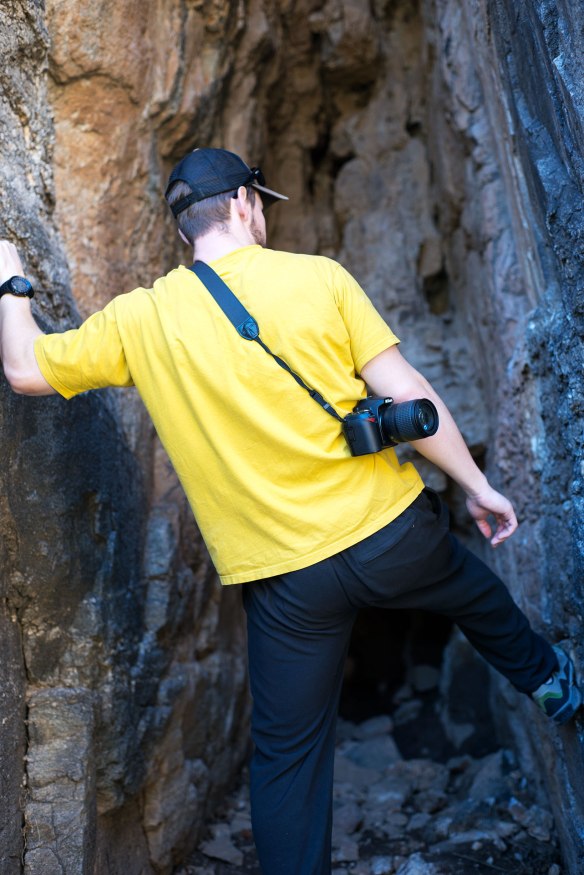 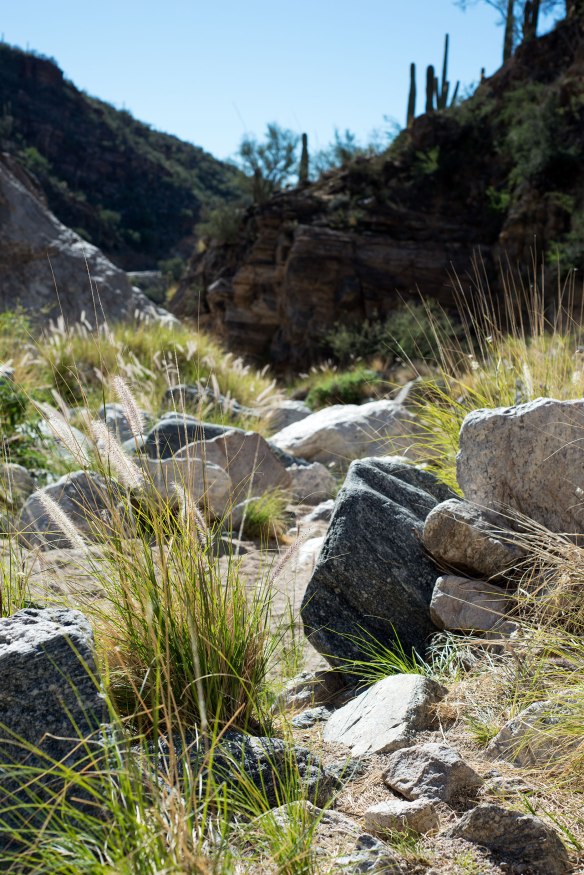 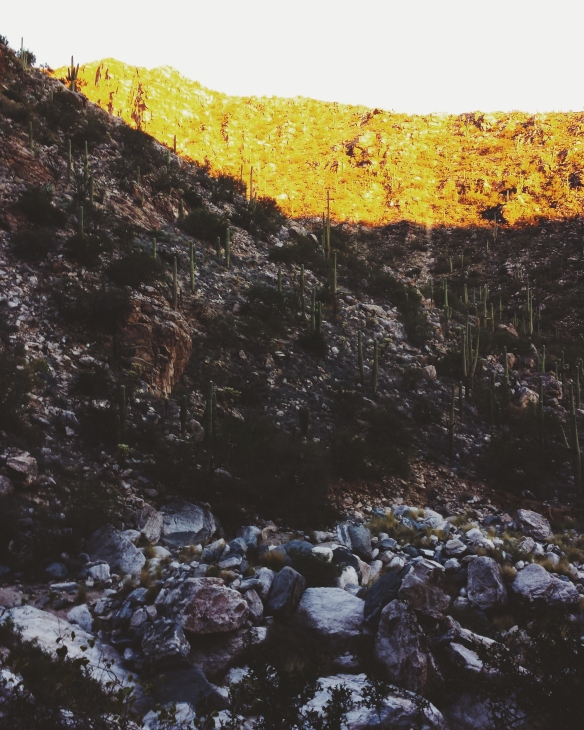 Christmas day was probably the most memorable day of climbing I have every had. Most of the day was spent with Scott’s 2 nephews and brother-in-law teaching the boys how to climb. Once they headed home for the day, Scott and I stayed to climb a pinnacle that we had been eyeing since our first trip into the mountains. Luckily there was a woman there with her kids who had climbed the same route before, so she helped us much sure we were on the right line. We were climbing right near sunset, so the light was rich and golden. It was magical I tell you. 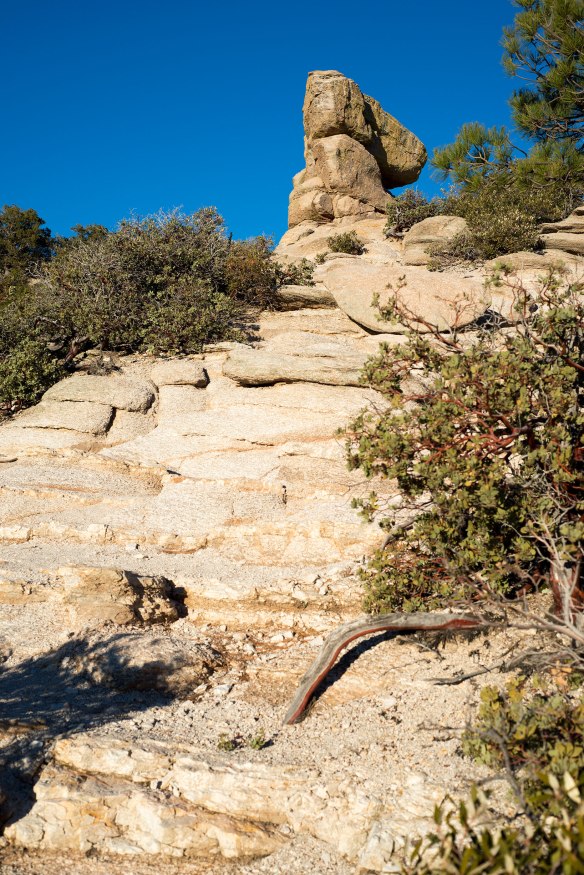 Scott on the top of the pinnacle, preparing to rappel down.

The rock was glowing.

Together, post-climb, in the magical light.

Our last day in Tucson was entirely dedicated to climbing. We went out to this amazing canyon that seemed to have endless climbing just in the one area. We also talked to quite a few local climbers there, and I was blown away by how tightly knit the climbing community in Tucson is. It was a fantastic end to the week. 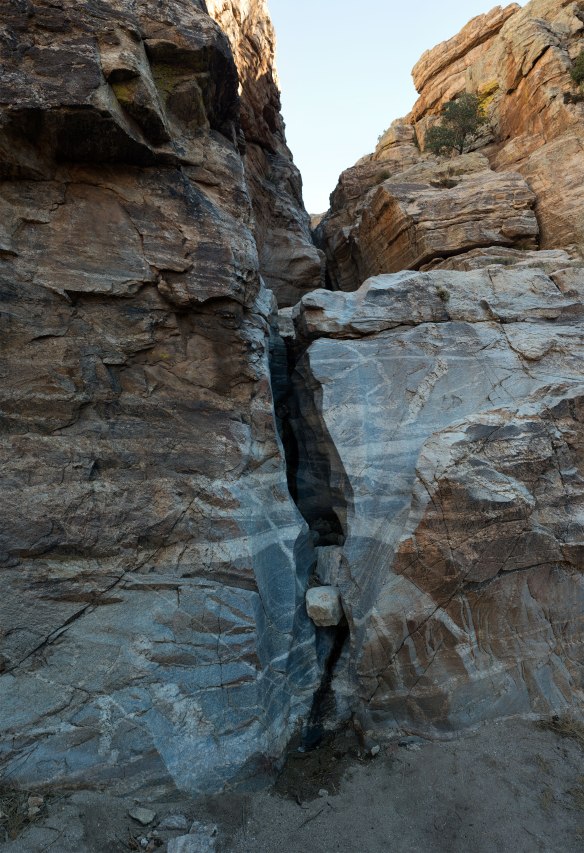 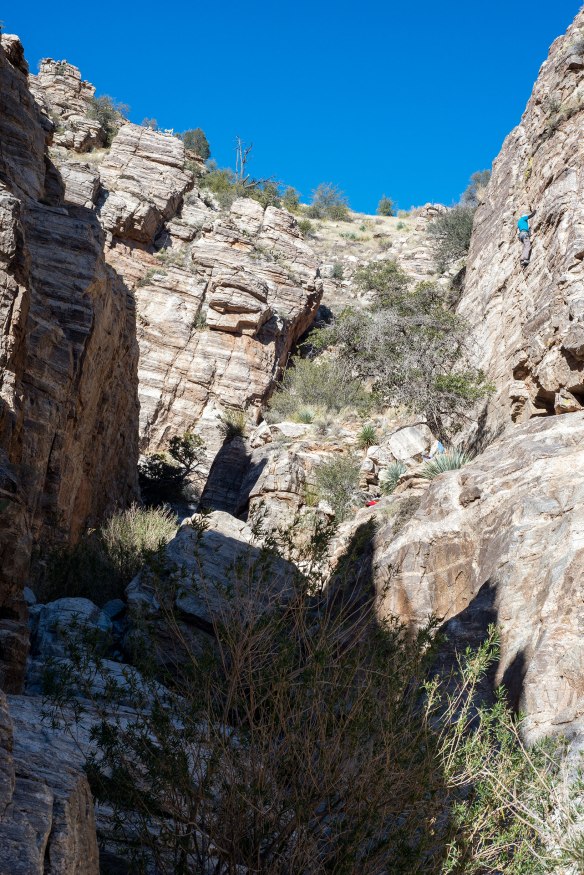 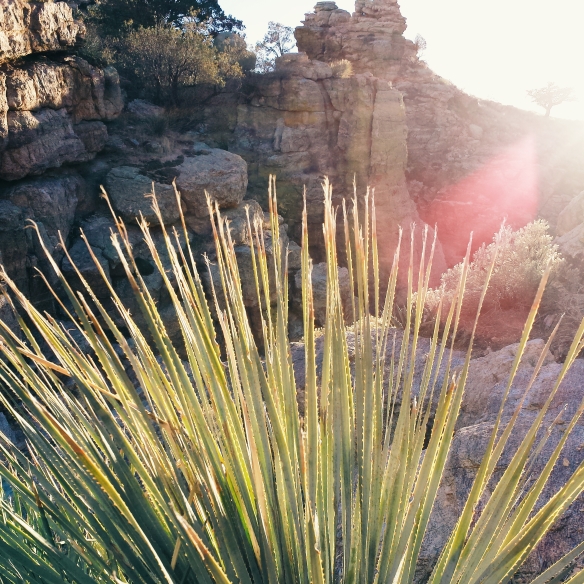 Thanks for sticking around for the whole post, hopefully you enjoyed it!

I couldn’t decide between these two, and then ended up liking how the colors/compositions worked when together. So today you get two for one. Merry Christmas!

today was a draining day; emotional and exhausting.

Oh, and much much thanks to Alec for helping me find places to take pictures, and essentially acting as my creative director!!!

Now to go to bed so that I can get up and drive 13 hours back to Lexington. 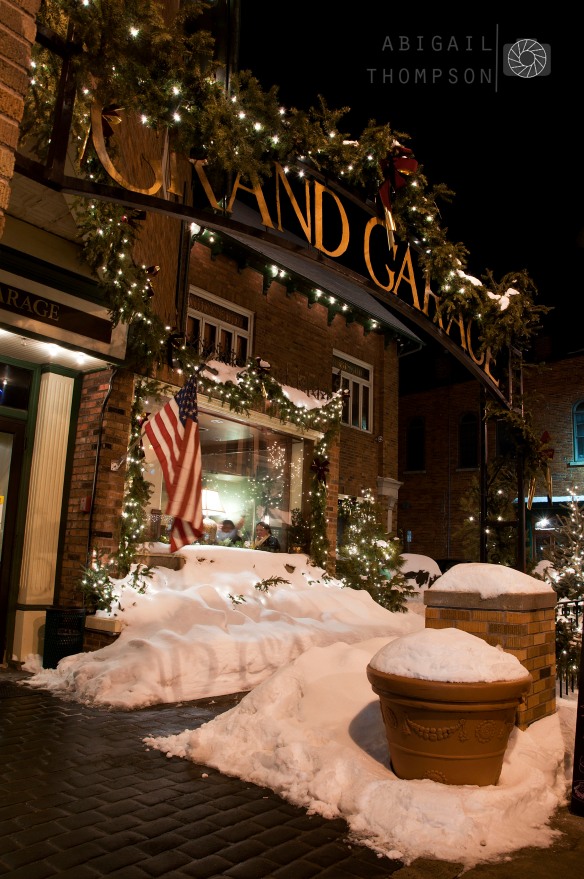 I have known that I wanted my picture on Christmas day to be of my baby ornament for weeks. So here you go, my “baby’s first Christmas” ornament.

Merry Christmas everyone! I hope you all have had as wonderful of a day as I have! 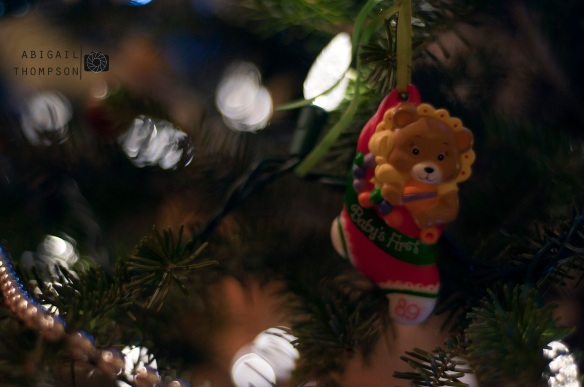 Today was so busy that I almost forgot to take a picture. We went to church, and then went to my brother’s house to hang out for a bit and then have our traditional Christmas Eve dinner of potato soup, and then continue the tradition of opening one present. My oldest brother got the movie Inception from his wife, and so after opening a present we watched inception and ate apple pie. It was so lovely. I remembered after the movie, as we were getting ready to head home, that I didn’t have a picture, so I took some quick of the lights on the railing. It was a hurried, and somewhat last-minute shot, so by no means is it that great. But, I am trying to finish strong, only fifteen more days after all!

Elliot’s boss and his wife hosted a Christmas party for all the employees there, and man did they have a beautifully decorated tree. It was gorgeous, with red and silver ornaments and ribbons curling from the top to the bottom. I knew as soon as I saw it that I wanted my 365 to be of it.