Wednesday, August 4. I was shooting some self portraits on a road, and there were 3 cows in a little fenced in area right next to it. While I was shooting they walked to the closest corner and just stood there watching. So naturally I decided to take some pictures, but they were pretty timid (not as bad as the last cow picture I posted, but still pretty bad) and backed off. However, eventually they walked a bit closer and I was able to get some better pictures. This one that I have used for the main picture looked so incredibly angry. He was always in a stance that looked like he was ready to hurt me, and even looked like he was furrowing his brow.

And another shot of the angry cow:

Then this cow looked so much nicer, and wasn’t nearly as scared as the other two: 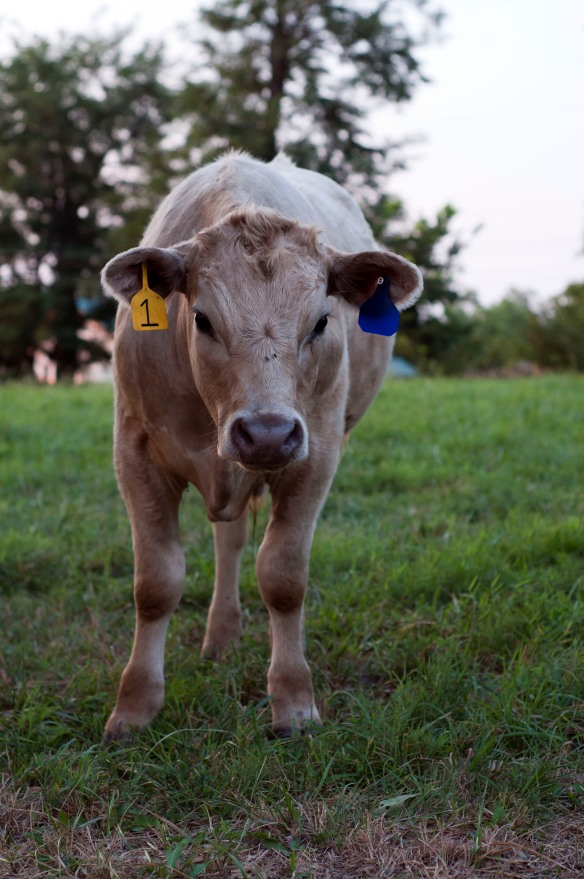 Yesterday I took pictures at the “Hangar Bash” for Sophisticated Living Magazine, and since I was already out towards the country I figured I would just go for a little drive to try to find something interesting to take pictures of. I turned down this one road that was basically a roller coaster (there was even a sign warning of the hills), and saw a group of cows right along the fence. I pulled over to take some pictures, but goodness these cows were skittish. When I shut my car door a bunch basically jumped backwards. Then when I held up my camera two calves ran a little bit away. It was the strangest thing. My uncle has dairy cows, and I could always walk right up to them and they wouldn’t even blink. But these started to run away as soon as I looked at them! Luckily I had my kit lens on (18-105mm) so I was able to get some shots through the fence without getting close and scaring them off too far. 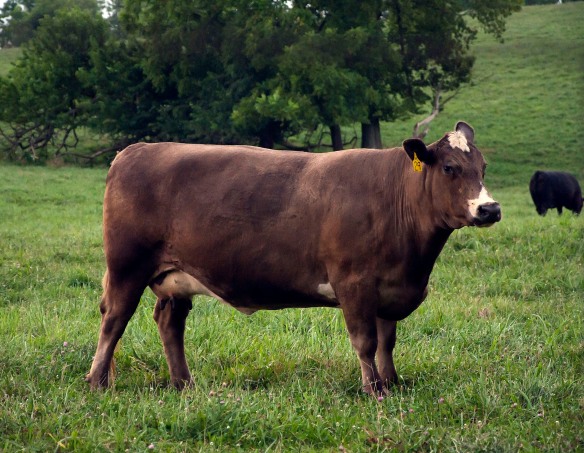