Kansas got hit by a pretty large snowstorm on Tuesday, and we ended up with two snow days because of it. It was a dream come true. Wednesday I wanted to make the most of the forced time off and decided to bake my first apple pie from scratch. Scott had been wanting me to make one for a while, and his mom even gave me a pie crust that had been passed down to her (which added to the pressure). I had never made a pie crust before, so I wasn’t very confident that it would turn out, but I was pleasantly surprised! I forgot to take any photographs once it was done though; next time perhaps.

It wasn’t a special recipe, so I won’t post it here. But I used a butter/shortening combination for the crust, and just cinnamon and sugar for the filling with the apples. It was quite simple really. After I put the pie in the oven I noticed that my crust edges weren’t very pretty, so I have something to work on next time. 🙂 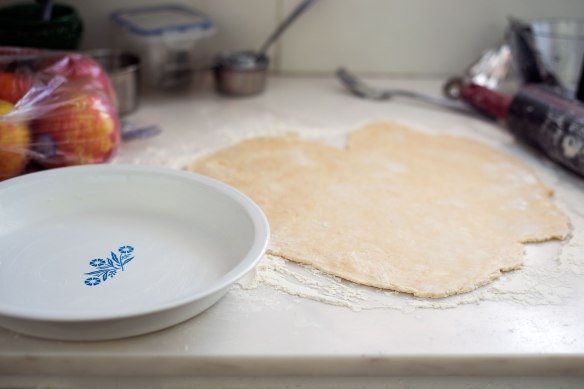 I have been super busy lately and haven’t shared any of the images from my recipe challenge here, let alone anything else. So, it is time to catch up. First up, is the week one recipe I made. My sister and I had chosen rhubarb, so I made a Rhubarb Eton Mess (a traditional English dessert). Be sure to check out the full post here. Kari (the sister) made a rustic rhubarb tart that you can check out here.

For week two we had decided on fresh herbs. I made a simple rosemary salmon on the grill, and it was delicious. My sister made an oregano pesto for her recipe. 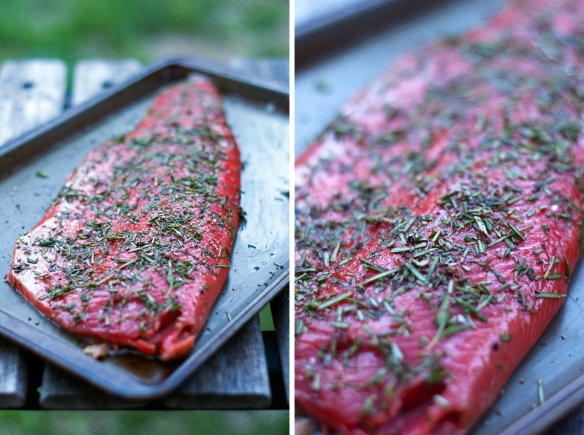 The past week has been a whirlwind. Last week I somewhat spontaneously decided to make a trip to South Dakota to visit my brother and his family before coming back to Manhattan. Between getting ready for that, saying goodbyes, and my adventure there I haven’t had a chance to post. However, I am back in Manhattan now so it is time to get caught up. There are some exciting pictures to come!

Friday was a busy day of last-minute get togethers and goodbyes. I met up with one of my best friends for “lunch” at a local cafe where I indulged in some delicious tiramisu.

*Thursday, December 27
My card reader or SD card randomly decided to stop working until this evening, so now I’m behind yet again.

Apple crisp is probably my favorite thing in the world. Normally it is my “cool, fall day comfort food” but since it has been refusing to feel like fall even slightly here in Kansas I decided to give up and just make some the other day. 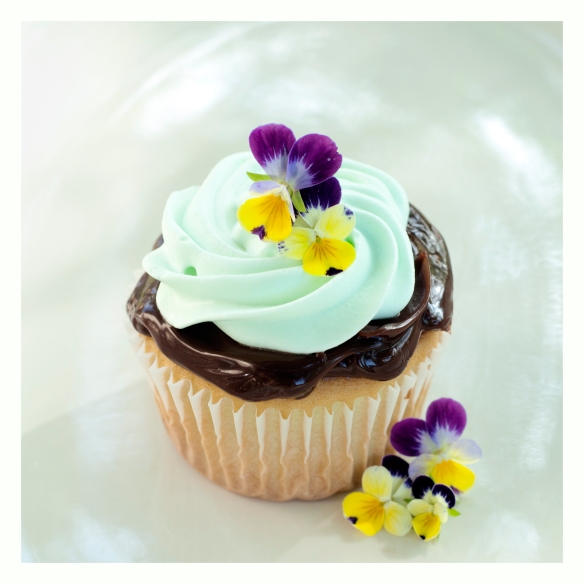 My flight got in at 1 am Monday morning, and then I went to work a 12 hour day after getting 4 hours of sleep. Needless to say I was exhausted when I got home, and so I snapped a few shots of my cheesecake super quick before passing out. 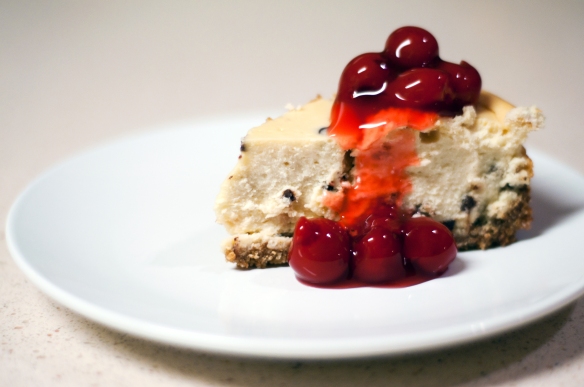